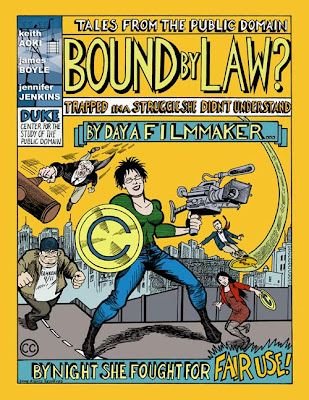 ART HISTORY - I have an ongoing feud with this crazy woman over the difference between educational usage and the breaking of copyright laws.

Her argument is she wrote it, therefore its hers to distribute.

I however believe that anyone should be able to distribute educational material, in this case pertaining to art history. My argument is that as long as its for educational purposes it falls into the realm of Fair Use, and indeed if I ignored the chance to spread such educational material it would essentially be censorship.

"Fair use is a doctrine in United States copyright law that allows limited use of copyrighted material without requiring permission from the rights holders, such as for commentary, criticism, news reporting, research, teaching or scholarship. It provides for the legal, non-licensed citation or incorporation of copyrighted material in another author's work under a four-factor balancing test. The term "fair use" originated in the United States, but a similar principle, fair dealing, exists in some other common law jurisdictions. Civil law jurisdictions have other limitations and exceptions to copyright." 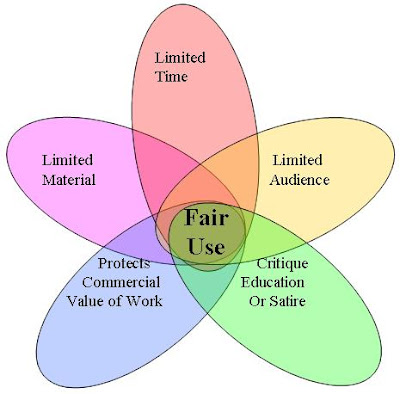 So in essence I am correct as far as the law goes, but she refuses to understand the principle of it. Some jurisdictions use the Fair Dealing law which is more strict about usage, but when it comes to things posted on the internet pretty everything is fair game because it falls under international laws.

Here's what happened. Years ago we came across a website that was poorly designed and hadn't been updated in a long time. Our immediate assumption was that this website was defunct... but a lot of the articles we thought were valuable for art history education purposes, so we copied the articles and placed them on several active/popular websites so more people could read them, appreciate them and learn from them.

It should be noted at this point we did try contacting the owner of the defunct website, asking for their permission to reproduce (it is only polite after all). They never responded, confirming our conclusion that their website was defunct and no longer in use. 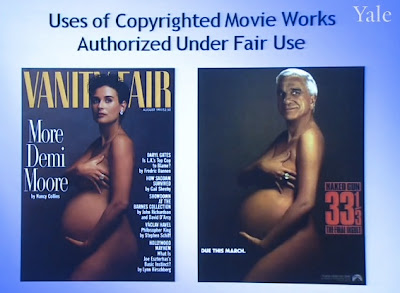 Several YEARS passed and this crazy woman emailed us asking the articles to be removed. According to her the original website is still active (despite looking otherwise). Yada yada yada, we eventually did, but it was a big long argument and we really only did it because she was super annoying and not because of any legal reasons.

What we did was place all the articles on a blog... which qualifies as a news zone. So not only is it educational, buts its also considered a news item. Whenever there is more news on that particular topic we can post more articles... and because it qualifies as both an educational and news website it is CLEARLY exempt from copyright laws.

And frankly what artist doesn't want free promotion and their paintings listed on lots of art history websites? Doesn't every artist want their painting to be as popular as the Mona Lisa some day? 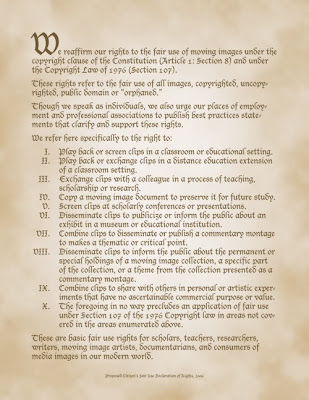 These days we have her blocked, but occasionally she manages to send us a message somehow and we have to find a new way to block her. Whenever she does that however it INSPIRES us to write another article about the importance of education over censorship/copyright. Like today.

Hey crazy lady, stick that up your arse and rotate.

With respect to art (and anything on the internet) the topic of Fair Use comes up frequently. Many artists, notably Andy Warhol, have become known for their usage of other people's works in an effort to create something.

Thus artists, writers, bloggers, educators, feminists, activists and anybody with a bone to pick will always be usurping old material, showing it over again, sometimes changing it, sometimes leaving it as is... and they will always be protected by the laws of Fair Use.

THE ABOVE IMAGES WERE USED WITHOUT PERMISSION. :) 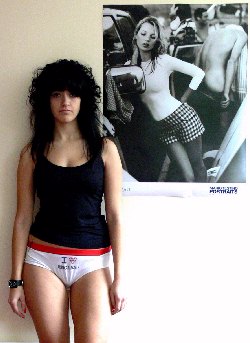 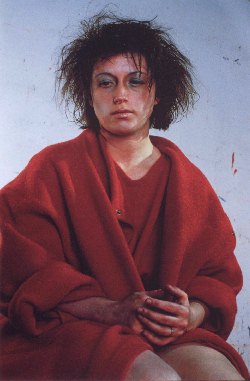 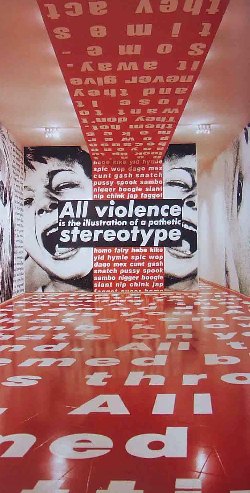 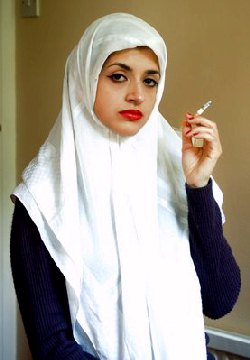 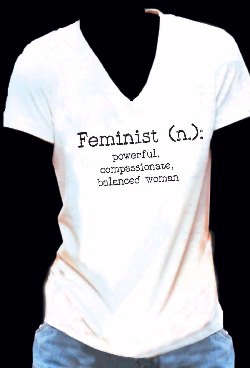